If your weather is anything like Seattle's right now, youneed toget outside. It is glorious. And it's healthy. Any physical activity is beneficial for our minds and bodies, especially when so many of us spend so much of our day sitting in front of screens (for work or for fun). But being outdoors is particularly rewarding. Of course there's the views, the vitamin D from sunlight, the fresh air, the chance social interactions, local wildlife and flora. Those delights are obvio

There are many potential contributing factors to illness in a human body. Recent research is pointing to childhood trauma as one of those factors - affecting health and wellbeing long after the trauma has taken place. The following article lays out some sound reasoning and research for including childhood trauma in consideration for treatment, and as an argument for giving more attention to children and youth in recovering from traumatic events. It is worth a read: https://ac

The Physical Benefits of Exercise

We hardly need convincing. We all know that exercise is beneficial in so many ways. Yet we rarely commit to even incremental increases in our physical activity... if we can help it, or until a doctor prescribes it as part of treatment for disease. Well, I am not your doctor. Chances are I'm not even your coach. But I am prescribing more exercise for you right now. No matter what your ailment is, almost certainly you can benefit from a few more minutes of elevated activity. Le 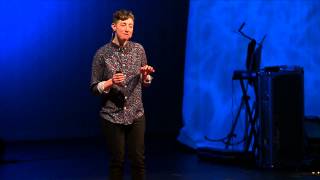 What Do You Want To Be When You Grow Up?

If the answer isn't just one thing, or your answer has changed over the course of your life, you might be what TED speaker Emilie Wapknik calls "multipotentiality:" people with lots of different ideas, passions, ambitions... people who live several lifetimes in the space of just one. In this memorable TED talk you may find affirmation of who you have always been, or encouragement to be something (new?) you want to be. #TEDtalks #EmotionalHealth #Happiness

The Importance of Heart Health (for love and body)

Our hearts are deeply important to us - both physically and symbolically (or psycho-emotionally). Is it any wonder that this organ that is so integral to our wellbeing, health and activity is also the symbolic seat of emotions like love, care, empathy? If I may wax poetic, I think there is something to be learned by exploring the biology of the heart metaphorically. The heart has two sides, two parallel functions that work in tandem to achieve ends as opposite as they are ess

Meat Shaves Off Years, But Plants Can Put Them Back On

A new study confirms the already well-documented link between eating a lot of meat and increased risk of disease and earlier death. That seems extreme, I know, but there's both good science behind it and a silver lining. The bad news: red meat particularly is closely associated with a wide spectrum of chronic diseases such as cancer, diabetes and heart disease. The good news: replacing animal protein with plant protein is equally associated with a decreased risk of death. (De

Common experience is being confirmed by scientific research that when we are happy we are more productive. More surprising, perhaps, is that the inverse is also true: we are happier when we are more productive. Research by Daniel Sgroi and others at the University of Warwick has shown that happiness can affect productivity up to 12% or more. That's a real difference. (https://www2.warwick.ac.uk/newsandevents/pressreleases/new_study_shows/) What's more, productivity - even in 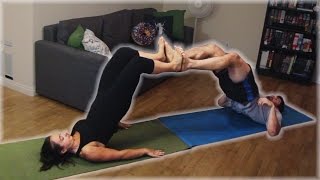 These aren't for the faint-hearted. Expect a burn the next morning. Stretch out before and after, and drink water. That all having been said - wouldn't this be an interesting date night? #Exercise #Health #Couples

The root of the word "health" is "whole." Which kind of makes sense. In many ancient worldviews, disease or corruption or even evil weren't so much distinct entities in themselves, but were rather a fall from the original and good whole. Augustine of Hippo, that famed North African Christian Saint and philosopher of the third century, used the analogy of a hole in a shirt: the hole, while bad, isn't itself a thing, but the absence of the shirt. He was working toward a descrip

The Two Types of Hypnosis - And What They’re Good For